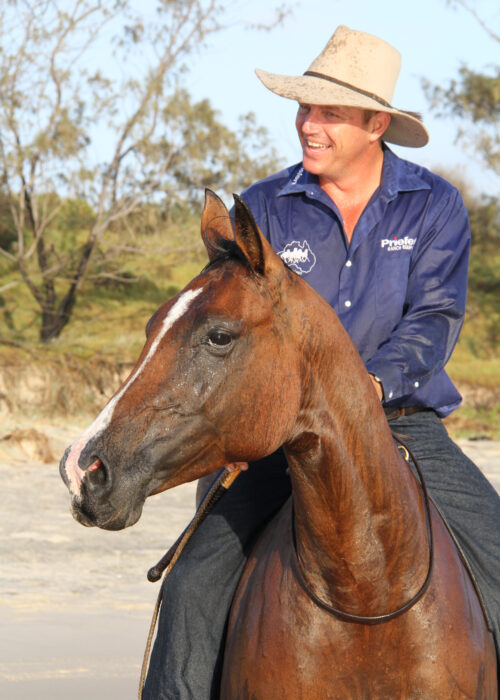 Guy McLean is a self-taught Australian Horseman who has entertained, inspired, and educated millions of audience members from all walks of life.

Since 1999, Guy and his amazing equine team have been featured at many Australian events such as: Royal shows, Equitana Asia Pacific, numerous major Equestrian Festivals, International Rodeos and the Australia’s famous “Man from Snowy River Festival.” Another of Guy’s talents is bush poetry, having twice been crowned Australian Bush Poet Champion.  In 2002 and 2006 Guy received the great honor of being named an official ‘Ambassador of the Outback.’ In 2005, Guy was the inaugural winner of “Equitana’s Way of the Horse” colt starting competition.

Riding from the ground

Guy McLean deconstructs what many horsemen call ‘ground work’. He says the best step he took was to start calling it ‘ riding from the ground.’

Guy McLean’s performances are known for being inspiring, educational and above all entertaining for both young and old and for both the horse enthusiast and the uninitiated alike. With all of his achievements under his belt, Guy wants to continue to share what a boy from a small country town can achieve with passion and desire.