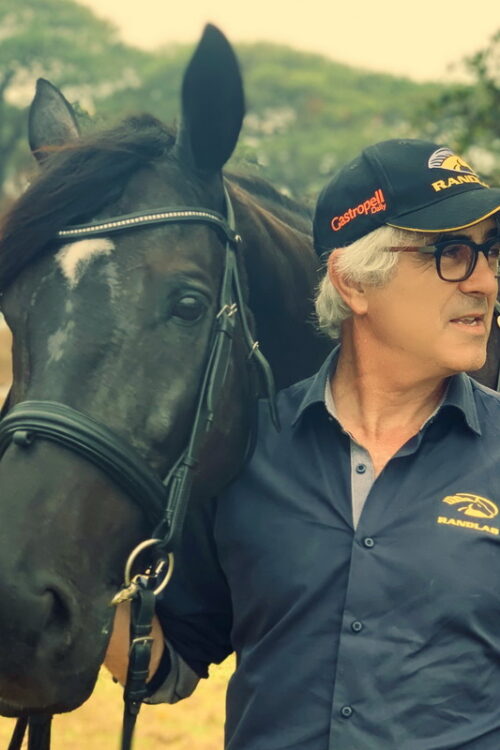 Michael Robinson has a lifetime in the horse industry. Michael left school at 15yo to follow his dream to become a jockey. Weight prevented a career in the saddle but Michael continued to work as a stablehand / studgroom for the next six years whilst studying part time.

He was accepted into the veterinary science program at the University of Sydney in 1980 and later also obtained his PhD from the University of Sydney. Upon graduating, Michael worked at the world renowned sports/performance horse practice P.E. Sykes & Partners (now Randwick Equine Centre). During his time at the Randwick Equine Centre, Michael was responsible for the veterinary care of some of the best racehorses, standardbreds and eventing horses of that era. Michael was the first veterinarian to use ultrasound to diagnose tendon, ligament and joint problems in the Southern Hemisphere. He was also instrumental in introducing the first bone scanner (nuclear scintigraphy) unit in Australasia.

Michael has worked as an equine veterinarian in China, Dubai, Qatar and Spain and as an official treating veterinarian at the Asian Games. In China he was Head of the Veterinary Department at the Beijing Jockey Club and responsible for the health and welfare of over 3500 horses. He was also head regulatory veterinarian at the Jockey Club. In 2012, Michael left veterinary science to pursue a long time passion for training racehorses. Entering into a training partnership that achieved top 10 status in the highly competitive Sydney Trainers’ Premiership.

In 2016, Michael joined the Australian-based international equine pharmaceutical company Randlab as its Global Technical Director/Veterinarian. Randlab has facilitated gastroscopies on over 7500 horses and has assembled the largest collection of data on Equine Gastric Ulcer Syndrome that has been gathered. His current job allows Michael to travel extensively both within Australasia and around the world and meet horse experts of all disciplines

Management of gastric ulcers in horses

Management of joint problems in horses

Lameness is the most common cause of wastage in the competitive horse industries.

Joint problems such as traumatic/inflammatory joint disease, osteoarthritis, degenerative joint disease, OCD, etc would be the single most common cause of lameness. In this presentation, we will briefly touch on the diagnosis of joint problems before progressing to the treatment and management of common joint conditions. This will include both physical and medical therapies. A comprehensive review of available joint therapies for both treatment and prevention will be discussed.

This presentation will NOT BE ADVERTORIAL and will cover all the above topics using evidence-based medicine and best practice.